Sally is an old friend and colleague of many of us at Outdoor Mindset. A few years ago, she scared us all senseless when she was in a serious backcountry skiing accident in Jackson, WY. We, along with her 8 billion other friends and admirers, have had the pleasure of rallying around her and watching her come-back from this accident. She is a true inspiration and rock star, and it's an honor to have her be a part of the Outdoor Mindset family.

Raised in Colorado, I started skiing at age three. (But I went in my dad’s backpack in the backcountry at six months old!) My family has a cabin in Leadville, so when I was young, I skied at Ski Cooper. Once my brother and I “graduated” from Ski Cooper, at about age 12, I went over to Copper Mountain. I skied there for most of my younger years, and at age 15, I started the Junior Ski Patrol program. While I was in college, and for a few years after, I was a volunteer patroller, with skills as an EMT. 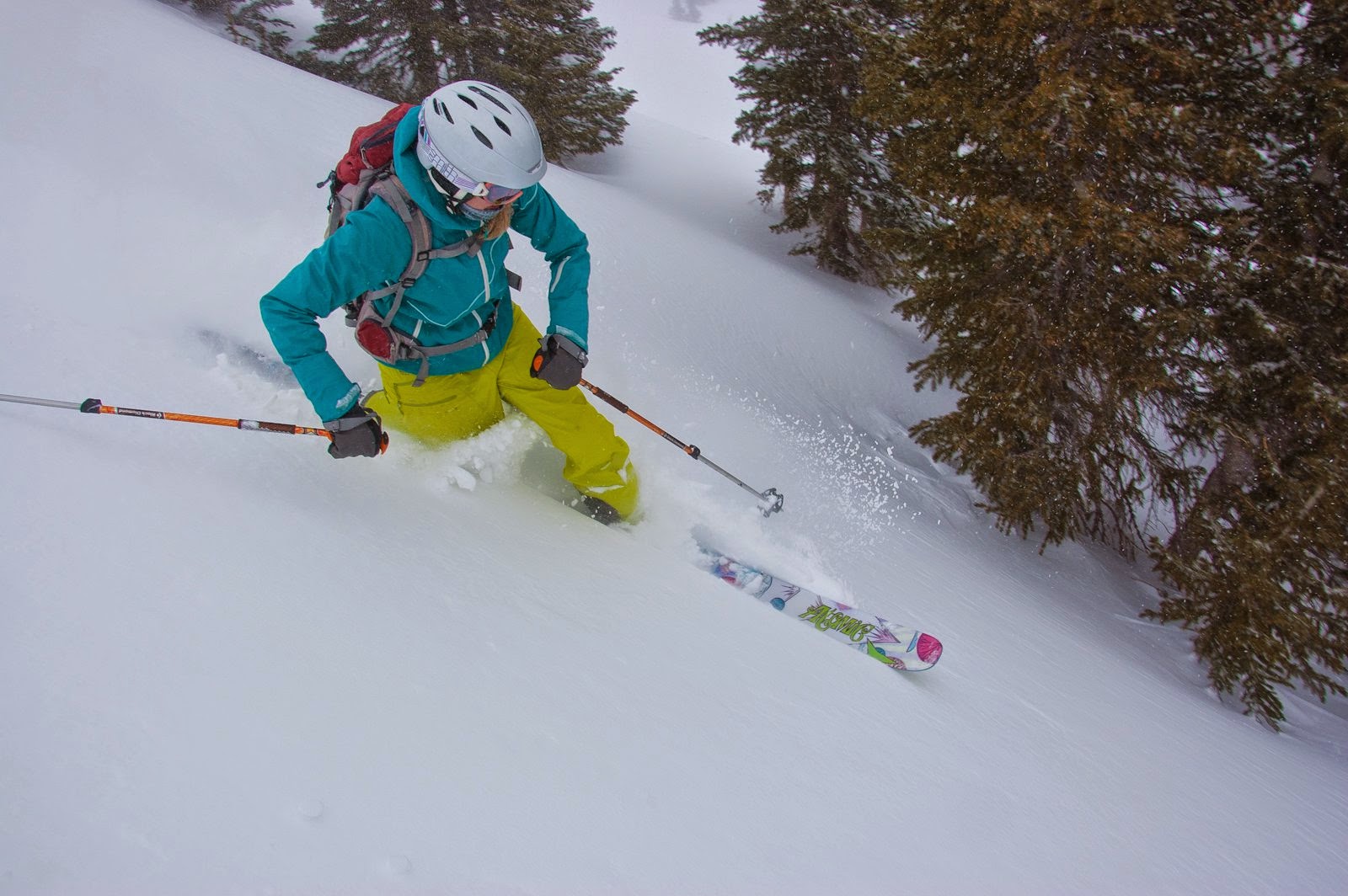 After college, I worked many ski-related jobs in Boulder, including being the online editor for SKI Magazine. I worked there for a couple years, considering it my “dream job.” I skied in places like Canada, New Zealand and Chile, and trips like these were fully paid for- but I was laid off from that job. That was a Wednesday, and by Friday, I had another offer on the table.

I accepted that job, and within two week, I packed everything I needed in my car, and headed to Jackson, Wyoming. I absolutely loved it there: the PR company I got a job with, Denny, ink., had major ski industry clients like Arc’teryx, Dynafit and Nordica, so I went skiing for part of the day and it was considered “work.”

Skiing with three of my Jackson friends one Saturday, we rode the tram up at Jackson Hole Mountain Resort, and hiked to where we wanted to ski. We were going to ski “Once is Enough,” but we had to ski another, narrower run to get there. When we got to the top of our run, we clicked in, and my friend went first. He gave me two thumbs up, telling me it was safe to go. I started downhill, took a few turns, and then my ski fell off. I crashed, and slid downhill for 550 feet. I came to a stop by bashing my head on a rock. I was unconscious, but everything else was fine. My one friend who went first hiked up to me, and my other two friends skied down. 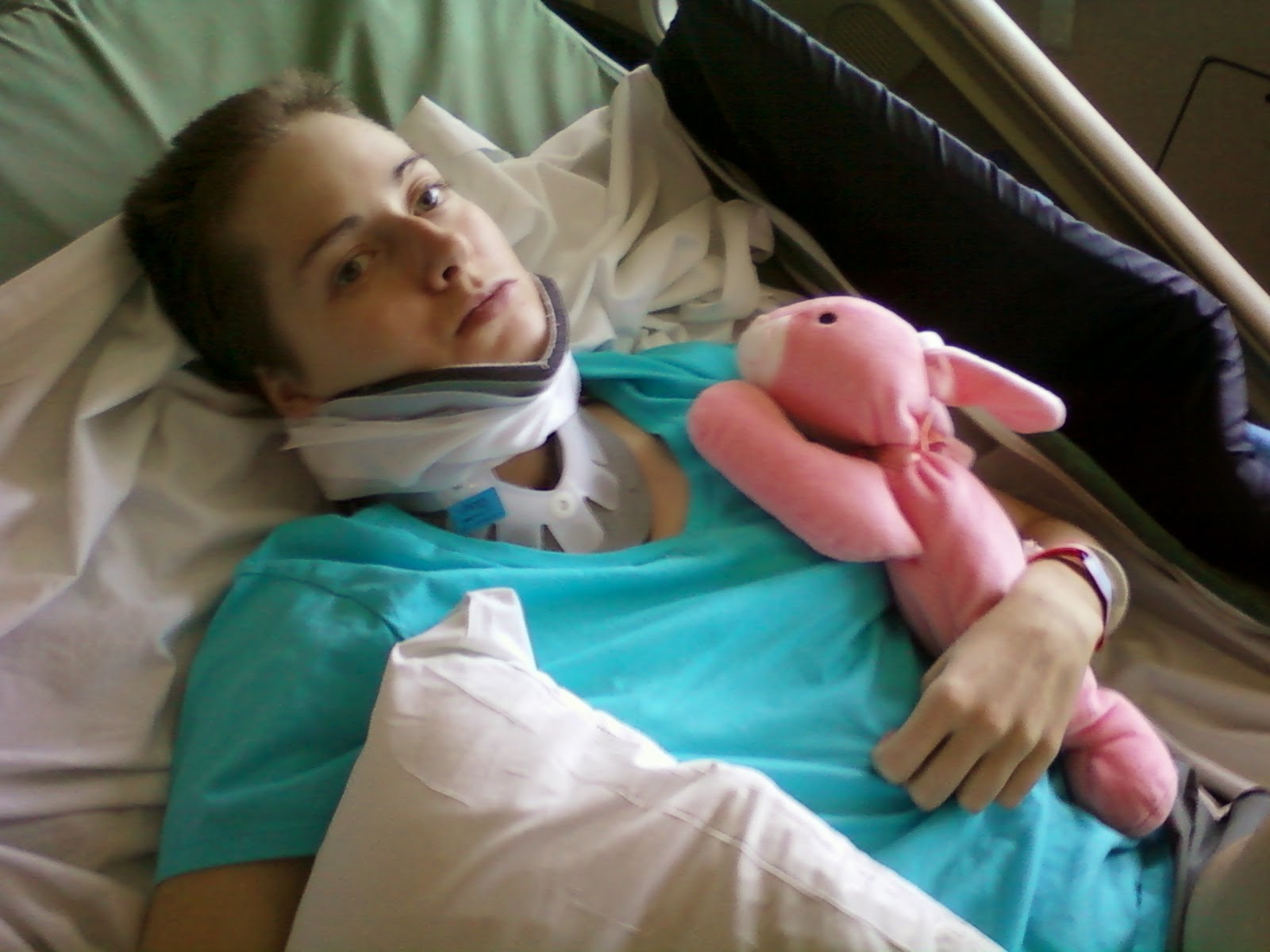 Once I got off the slope (which took a really long time), I was airlifted to a hospital in Idaho Falls, where I was placed in an induced coma. Even though I was only in Jackson for a short time, a lot of friends I had came to visit me. I stayed there for three weeks, and then was okay to fly back home, to Colorado.

I had multiple injuries—a broken back, neck, and ankle, and I had to have back surgery to fix that break. I wore a neck collar for a long time in the hospital so that my neck would heal. And I still have foot problems from the break. I wasn’t eating at that time, so I have a belly scar from where they put in the feeding tube. I lost a ton of weight- 30 pounds- so they gave me a smoothie with stuff that made me gain weight.  I remember when I first got to eat by myself, and I forgot how great that was.

A few months after I lived at home, I got to go back to Jackson and thank all the people I knew there. Since the PR company I worked for had some clients in the ski industry, a lot of ski stuff was donated, which gave people another reason to come.

There were a lot of things I had to go through to recover- physical, occupational, and speech therapy. And even though I was 25 (and I turned 26), I lived at home. Living in Colorado Springs wasn’t great, because most of my friends were in Denver or Boulder. But I needed that time to still recover- I wasn’t able to live on my own.

Now that I live in Boulder in a condo that my parents helped me buy, I’m in a much better spot- I can see friends more often, and since I don’t drive, I can take the bus everywhere. Getting back to the life I used to have will never happen, so I struggle with loneliness. My friends from before my accident are finding new jobs, getting promoted, and/or having kids, but I feel like I’m stuck in the same place. I used to have a great job, and was doing really well at it, so this injury has stopped that. I just have to find a new way to gain happiness, beyond my job. I haven’t gotten there yet, but I’m still working on it. 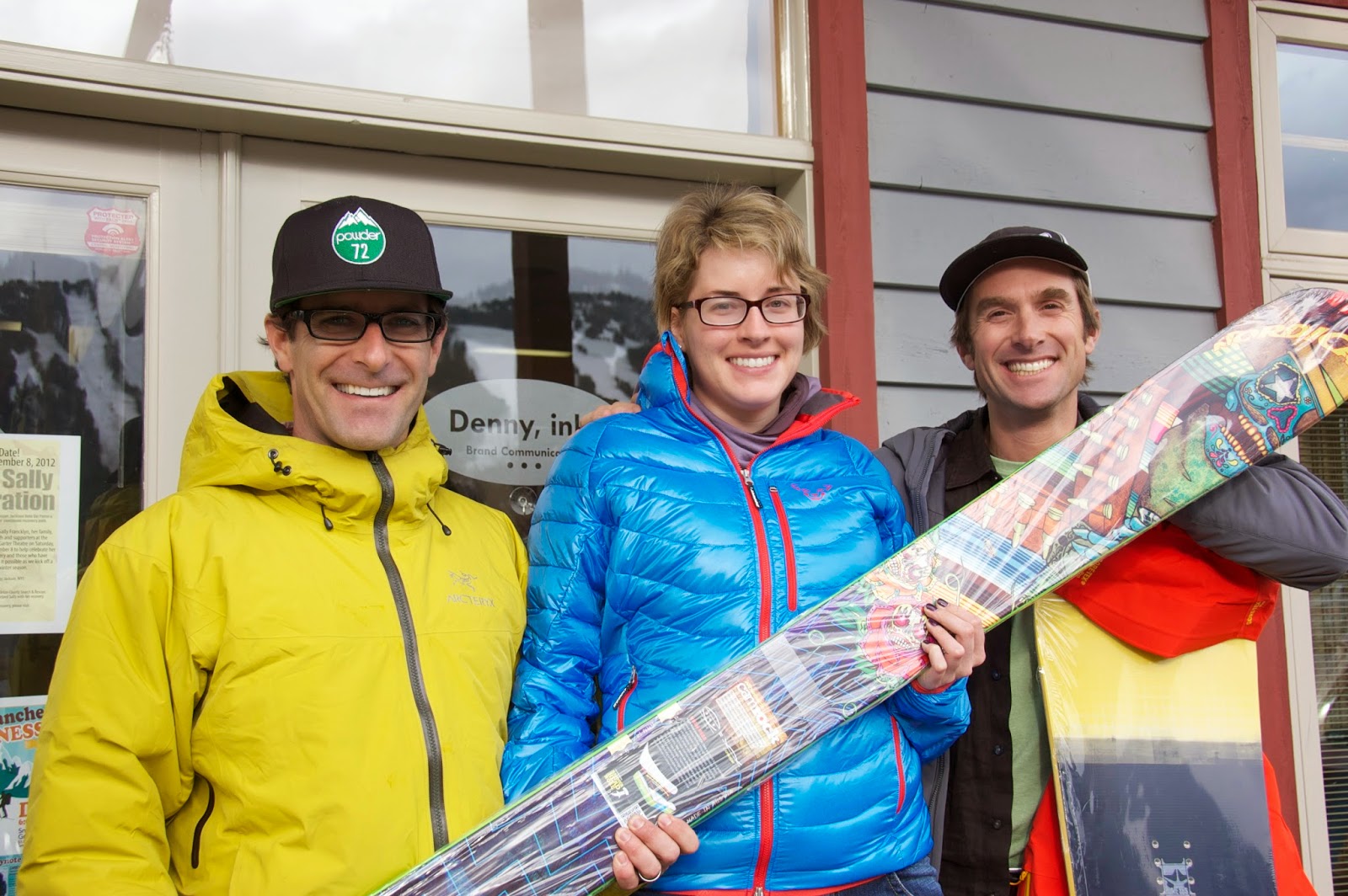 I am so glad that I have come this far, when I was so very close to death during my accident. But the way my friends acted during my accident saved my life, and luckily, worse things didn’t happen with the bones I broke. My life will never be the same as it used to be, but I’m lucky to be alive so I can adapt to the changes.

Post accident, there are a lot of things that are important to me now, that I never used to consider important. Balance is one of them- I still have trouble walking. I don’t ski like I used to, and that was so important to me that even my job revolved around that. Riding bikes is a problem- I never realized how balance plays into that. My parents have kept their tandem, though, so I can still get my biking “fix.”

Outdoor Mindset has really shown me that there are more people who struggle with the same things I do, so it’s good to know that I’m not alone. It’s the simple things like having coffee with another Outdoor Mindset member that matter the most. I find pleasure in the simple things now, because I’ve realized how important they are. Before my accident, I thought bigger things were more important—like traveling, being a bridesmaid in someone’s wedding, or having success at work. Now, it’s the little things that matter the most to me, and Outdoor Mindset helps with that.