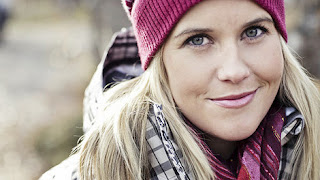 Some sad news surfaced the other week that made me really stop and think: Canadian Freestyle Skier Sarah Burke passed away from a traumatic brain injury after crashing at the bottom of the superpipe during a training run in Utah on Jan 10, 2012. A four-time Winter X-Game Champion, Sarah tore her vertebral artery during her crash, which led to severe bleeding on the brain. A leader in her sport, she lobbied to get superpipe skiing added to the Olympic program, and after winning over Olympic bigwigs, the sport was added for the 2014 Winter Olympics in Sochi, one she won't live to see. Sarah's achievements and spirit should be celebrated, and will certainly be missed.
Pardon my French, but this sucks. This is horrible and sad that such a young, talented woman has left us too soon from a traumatic brain injury that she suffered, even while wearing a helmet! And unfortunately, traumatic brain injury is no stranger in the skiing and snowboarding sports arena that many of us are gearing up to embark upon now that there's snow in the high country. 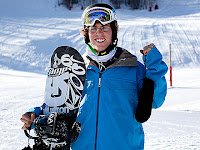 But as horrible as Sarah's passing is, I've also been hearing many encouraging and inspirational stories of traumatic brain injury perseverance and domination in the ski and snowboard industry. Take Kevin Pearce, for example, who suffered a traumatic brain injury late in 2009 on what will turn out to be the same half-pipe Sarah injured herself on the other week. Just 712 days after his injury, Kevin got back on the hill at Breckenridge Mountain for his first run after going through intense physical therapy, which started off for the first three months as 8 hour sessions every day.

Kevin says "I think the most important thing that I can share with folks about traumatic brain injuries is that your brain never stops healing. You can heal as much as you want as long as you keep your mind to it and work hard. I think it's really hard for a lot of kids because they think they're in such bad shape that they just give up, and that's been the most important lesson for me: It's hard and it takes a lot of work but you can heal."

Then there's professional snowboarder Danny Toumarkine, who just over a year ago suffered a traumatic brain injury while riding in Montana. A brief bio, according to him, reads: "On January 3rd I suffered a traumatic brain injury; 4 brain surgeries, medically induced coma and paralyzed. 5 weeks later I was released from the hospital and in recovery mode. Now its non-stop physical therapy and physical activities whether it be hiking, golfing, fishing, rock climbing etc."

Check out this trailer about a film about his brave and intense recovery journey:

You can walk the full film here.

One theme that weaves between these two stories is the spirit of determination and positivity these guys have retained while facing their neurological challenges. While staying positive and working hard towards their end goal of doing what they love in the outdoors again, Kevin and Danny have both dominated their recoveries and  become great role models for those facing traumatic brain injuries.

So let's all learn from them, knowing this is what Sarah Burke would've done, as well:
Stay positive! Get outdoors! And continue to Live Big!