Here's an inspiring guest blog from one of our amazing Outdoor Mindset Members - Jonathan Houle - about living an extraordinary life! Hope everyone had a great Thanksgiving holiday!
And in case anyone is worried, don't fret folks- the winning Chili Cook-off recipe will be revealed soon on this blog. ;)
Enjoy!
Determination
I was 5 years old when my mom told me I was adopted. I thought in that moment that I was different and unique and I was determined at all costs to prove that from that moment on.

She was diagnosed with Cancer in The early 1990’s… I was playing with my toys in the family
room when she collapsed onto the floor. The ambulance showed up. There was obviously something wrong. The next thing I can remember is seeing my mom at Stanford Hospital. I approached her on her Hospital bed as the late afternoon sun shone through her window on to her blue fuzzy hospital comforter. She was weak, and she did not have any hair on her eyebrows. She had some kind of bandage wrapped around her head from where they cut into her temple to take out the tumor. She looked at me lovingly. I was scared and quiet.
She lived like a rock, tempered by the ebb and flow of my dad and my grandiose notions and crazy projects, though virtually unwavering in her views. I remember how she would not budge from her opinions and stood by them even if a different way seemed blatantly obvious to everyone else. We thought she was crazy.

Looking back, I can now see that we were the crazy ones. She simply stood for what she believed in, IN THE FACE OF ANYTHING, including cancer…

I was able to settle this with her the year before she passed. On a Friday morning, I called her and I apologized for being a jerk, and not listening to her. I told her that I loved her and that she was the only mom for me. She told me she loved me and that I was the only son that she could ever have.
To honor her, I will live nothing less than an extraordinary life… 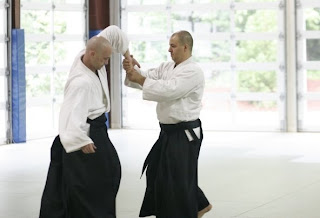 Throughout the second half of her diagnosis I began to give myself over to the practice of Aikido. I wanted to escape as far away from what I considered to be a normal way of life. This is also why I moved to Bulgaria to be an apprentice in the discipline.
When we train in Aikido we push ourselves beyond the limits of our minds and what we think is physically possible for our bodies to accomplish. Bulgarian Aikido is a manifestation of my commitment to my Mom’s life and her perseverance in the face of physically crippling circumstances.

The doctors gave her 10 years. She lived 20 more years after that.
This is why I became a member of Outdoor Mindset…
I met Kyle at a networking event and we instantly connected given who he is and all of the good things that the organization is up to. I immediately saw an opportunity to contribute my experiences and to help people dealing with their own neurological disorders. I became a member of Outdoor Mindset to inspire others and to be a part of something greater than myself. 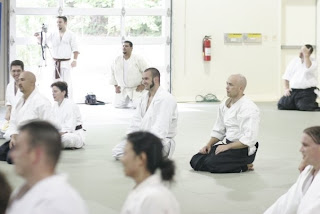 Jonathan Houle is the owner of Bulgarian Aikido in Boulder, CO and has been training in Martial Arts for 10 years. He is a Black Belt and Sensei. He has a B.A. in Psychology from Eastern Washington University and has been married for three years. Bulgarian Aikido offers discounts to Outdoor Mindset members. He can be reached at jonathan@bulgarianaikido.com.
Posted by Jill at 12:52 PM