I recently started the last term of my first year of medical school. Our new course directors reminded us of two medical school analogies:
1) Medical school is similar to drinking from a fire hose. The material in essence is not the difficulty; it is the rate at which we have to learn the material.
2) Medical school entails learning new languages. In other words, we are barraged with not only new information but words we have never heard before and have no idea how to pronounce. 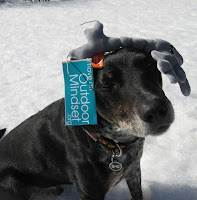 I am finding the course directors credible. In three weeks and in only one course (neuroscience), we have learned about generating and propagating action potentials, what happens at the synapses, the topographic anatomy of the brain and spinal cord, the vasculature of the brain, the blood brain barrier and how the brain makes cerebral spinal fluid, the morphogenesis of the brain, the organization of the brainstem, glial biology, how the somatosensory system works and audition. Ummmm…what was that you ask? Yes, spring has arrived and it is my season for learning new languages and new information! So, while I learn about the telencephalon, funiculi, and sensory homunculus, I thought I would share a few interesting tidbits with you:

• Did you know the brain develops from a tube? It’s why we have spaces or “ventricles” in our brain around which lies the cerebral cortex and brainstem. Brain development starts early on for the fetus – around the third week and before one might even know she is pregnant.
• The brain weighs around three pounds yet receives almost 20% of total cardiac output. One fifth of the blood that our heart pumps goes to the brain!
• We have around 1,000,000,000,000 neurons in our brain and each one can communicate with multiple other neurons so that the information it sends on is the sum of many inputs. Our brain is complex!
• We have cells in our inner ears called outer hair cells that change their lengths based on electrical signals generated originally by sound and protect our ears from damage. Check out this video (and yes – this is the cell dancing to music)! http://www.youtube.com/watch?v=Xo9bwQuYrRo.

As spring announces itself, I hope you all enjoy lots of time outdoors and take advantage of the vegetables coming into season. After all, we can’t forget to nourish our brains and bodies! Check out our friend Kristin McCurdy’s new food blog at http://daysfork.com/. Not only does she have an outdoor mindset, but she also is a kick-butt chef who has spent years getting dirty on organic farms. No one can make salads like her (yeah – delicious and she has yet to bring the same salad to a dinner I have been to with her). Kristin posts other recipes too (and when our classmate Brooks brings leftovers to class, we all salivate).

Here’s to spring and nourishing our minds and bodies with good food, the outdoors and new languages!
Posted by Jeanie at 5:07 AM